Originally written as part of Alex Raphael’s Foreign Favorites Series, this review has a different format from most of my work: 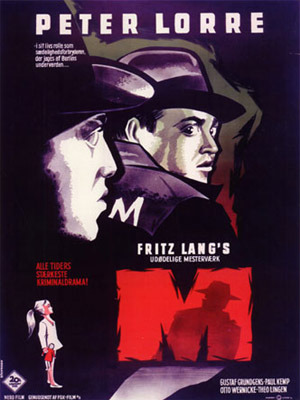 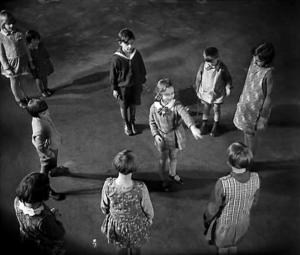 A child murderer, whose crimes are carefully planned and deliberately executed, terrorizes Berlin for more than half a year. After the killer claims another victim, police are under intense pressure to finally catch him, but their increased efforts get them no closer to an arrest, and the city’s passions are stoked. 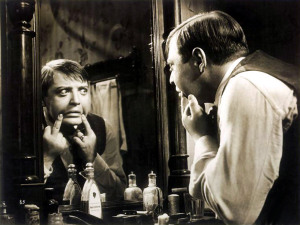 Made as film was transitioning from silence to talkies, M bears the mark of its noiseless predecessors. It has a silent movie’s exaggerated performances, chapter transitions and contemplative pacing. Even more obviously, the audio sometimes cuts out, leaving us to view disturbing images without accompanying sound. Whether or not it is deliberate audio design, it helps establish a discomforting and uneasy tone, one that permeates the entire picture.

Writer/Director Fritz Lang makes us feel Berlin’s panic and grief at the mysterious deaths of beloved children, deaths no one seems able to prevent or undo. From the opening, where children sing a disturbing nursery rhyme, through the next few minutes when a child, Elsie Beckmann (Inge Landgut), stops to read a poster detailing the central mystery, through nearly all of M’s first half, Lang’s emotional acuity is impressive. His early choices contribute to making the audience so psychologically uncomfortable that we long for vengeance, just like the killer’s victims. 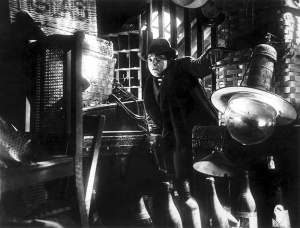 That is when M becomes worthy of its status as a Classic. Just as our anger is most stoked, just when we most want someone to capture the killer, Lang slowly deconstructs the city’s reaction, as well as our own. By depicting mob mentality and badly placed police attention, Lang unflinchingly shows the mistakes otherwise good people can make during times of extreme stress. In fact, the director eventually makes us sympathize with the murderer and question the victims, a one hundred eighty degree transition that could be some of the best psychological filmmaking ever.

Franz Lang deserves much of the credit, but not all of it. The rest goes to actor Peter Lorre, who plays the killer, Hans Beckert, with such careful scene-chewing exaggeration that we understand the man’s psychosis, fear and mental instability. It is a powerhouse performance that captures Lang’s intent and hammers home the picture’s themes.

Themes just as relevant today as they were in 1931. What is the difference between justice and vengeance? How should we treat or punish criminals with mental illnesses? What are the best ways to ensure children are safe but also free to form their own identities? And more. Modern society hasn’t answered these questions any more effectively than depression-era society had, which means M remains a powerful artistic achievement, even eighty-plus years after its creation. 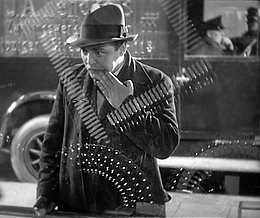 In other words, M is superlative.

But it is not quite perfect. In focusing so much on societal reaction to Beckert’s crimes, the film introduces countless characters, many of which blend together. Moreover, given that Beckert has eluded investigation for the better part of a year, the people looking for him might identify him a touch too easily.

That said, the flaws are incredibly minor. This is a dynamic film, and one I cannot recommend more strenuously.