Note: As it was originally written for Flixchatter, this review is formatted differently than most of my work. 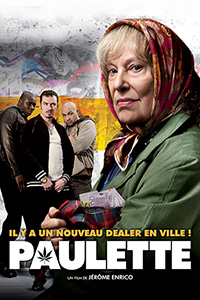 Paulette is a French comedy with a simple plot and simple characters to match. The titular protagonist (Bernadette Lafont) is an unpleasant elderly woman who, along with her late husband, once ran a successful restaurant. Now, however, she lives on minimal pension and cannot afford to pay her bills, a fact that inspires her sell marijuana. When other dealers take offense at her success, Paulette opens a bakery, with the narcotic as her central ingredient.

To be certain, Paulette is initially hilarious. For the first thirty minutes, or so, we are aghast that this woman dares tell her black confessor (Pascal Nzoni) that he deserves to be white, that she steals food from the homeless, that she tells her bi-racial grandson (Ismael Drame) she hates him because he’s black, or that she ignores her son-in-law (Jean-Baptiste Anoumon), who happens to be a police officer investigating drug trafficking. Paulette’s behavior is despicable, but it is also funny, no doubt owing to Lafont’s skill in playing the character. We laugh even more passionately when Paulette chooses to sell drugs, and then all the more when she is good at it. Quickly enough, however, the humor grows stale, because writer/director Jerome Enrico and his four credited co-writers replay the jokes too many times. 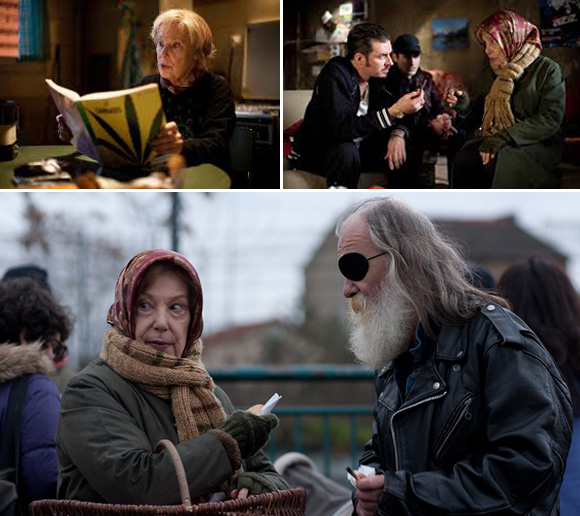 How frequently does Paulette dodge detection by her son-in-law, who is supposedly good at his job but can’t pick up on the incredibly obvious clues she spills? I lost count. How many times do her friends seem aghast at her new behavior? Again, I lost count. Eventually, of course, the friends learn the truth, but then instead of being as appalled as their previous behavior suggests they ought be, they help Paulette. Why? How many times does Paulette’s daughter drop off Leo, the aforementioned grandson, even though Paulette is a terrible caretaker? Again, I lost count. How many times does Walter (Andre Penvern) seek Paulette’s romantic affection? You already know my answer to that question.

Poor character development doesn’t help. The villains and other secondary characters are basically trait-less. Even Paulette is in-complex, no matter her changes. Simply put, she has one note early and a different one late.

Perhaps I’m being overly harsh. Thanks to its sense of humor Paulette isn’t a total failure. I just don’t think it successful either. Here the comedy isn’t enough to overcome poor character development, simplistic plot lines and repetitiveness.