These movies are flawless. They accomplish all of their objectives, have artistic flair and make the viewer care. Perfection is hard to attain, meaning an A-plus is difficult to earn.

An A movie remains exceptional, and has only one or two minor flaws that do not limit the film’s impact. As importantly, something about it is extraordinary – maybe the performances, screenplay, cinematography, audio, camera angles, or whatever else.

A-minus movies are also exceptional, but they probably include three to four minor flaws or a single significant flaw that somehow limits their impact. As with other A-grade films, A-minus movies include something extraordinary.

A B-plus picture is imminently watchable, affecting and probably entertaining. It is great filmmaking, if just short of exceptional, perhaps because it includes two significant flaws, or maybe because it has five or six minor ones. B-plus movies might also be missing something extraordinary.

Being well above average, these movies are very, very good, and I recommend them for most audiences. In addition to ample strengths, a B film might have a large number of minor flaws, or more likely a few significant missteps. In the end, though, a movie with a B-grade is high quality filmmaking, because the strengths significantly outweigh the flaws.

I still recommend B-minus movies, but my recommendation is a bit tempered, probably because the movie makes several minor missteps as well as one or two significant ones, all of which combine to reduce the movie’s power. That said, B-minus movies are still very watchable and, on balance, accomplish most of their objectives.

C-plus movies are above average, for one reason or another, but the merits only slightly outweigh the mistakes. They are entertaining and watchable, and I still recommend them for most audiences, but they also feature some significant flaws and a few minor ones. Usually, these movies are perfectly enjoyable, but they are not special.

A C does not connote bad; it suggests average. The merits and flaws balance out one another, and form a movie that remains watchable but neither powerful nor forgettable. Some audiences will enjoy this movie a lot, while others will hate it.

C-minus movies are slightly below average. They are still entertaining, but they lack something important. Maybe strong characters, or compelling conflict, or a cohesive plot, which means the flaws slightly outweigh the merits.

D-plus movies, by definition, haven’t failed, but they haven’t precisely succeeded either. They have enough merit that they are watchable and marginally entertaining, at least at times, but the missteps are greater than the successes, a fact that renders the movies less than good. I do not recommend anything with a D letter grade, including these. 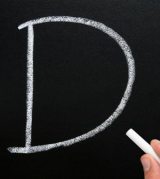 Movies receiving this grade are flawed and only somewhat entertaining. However, they usually include at least one particularly strong element, be it acting, cinematography, sound design, or something else. This strong element sustains the film enough that it doesn’t prove a complete failure.

These films haven’t quite failed, but they aren’t far off. They are very flawed, and the strengths are few and far between. Oft times this grade means one part of the movie is novel enough that I’m not completely disinterested.

Movies receiving an F-plus are bad. There might only be three to four minor strengths, which do not remotely overshadow the myriad flaws. There is usually at least one element that keeps the movie at least somewhat interesting some of the time. In the end, though, I suggest you avoid anything receiving an F-grade.

F movies have failed. There might one or two minor merits, but overall the picture is terrible and should be avoided.

The opposite of an A-plus, an F-minus grade suggests the film is awful. If I give this grade, it usually means I cannot think of anything to praise. Even if I can, the film has failed to accomplish its objectives, and the minor merits do not change that fact.